Verizon stated Tuesday that IoT devices that have been certified by the firm can now connect to the company’s 5G Nationwide network. The network is accessible through ThingSpace IoT Marketplace using appropriate data plans. In locations where 5G service isn’t accessible, “5G Nationwide” network uses Dynamic Spectrum Sharing (DSS) technology on a low-band spectrum, allowing customers to switch to 4G LTE or 4G. Verizon Business hopes to become a single-provider destination for IoT, with solutions spanning broadband and narrowband, 5G, and LTE.

According to TJ Fox, SVP of Industrial IoT and Automotive for Business, it is for applications across industries by bringing IoT devices onto the network. On Tuesday, introduced new analytics and IoT management capabilities for its clients, as well as a Verizon-certified, low-cost device that should make IoT more accessible to a broader range of users and use cases. In addition, more 5G Nationwide-compatible devices and plans will be available later this year, according to Verizon. 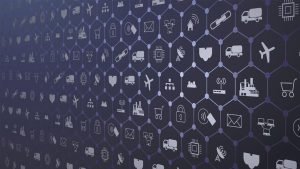 Verizon plans to make its 5G Ultra-Wideband network available to suitable IoT devices and plans next year. While “5G Nationwide” employs both 5G and 4G, the “Ultra-Wideband” network delivers high-speed 5G using a high-band, ultra-wide millimeter wave spectrum. indicated at its Investor Day presentation in March that it aims to build other 14,000-millimeter-wave stations this year, providing “the ultimate experience of 5G,” according to CFO Matthew Ellis.

The corporation is also investing heavily in C-Band 5G, which will help it achieve its network-as-a-service goal. Verizon larger 5G strategy includes combining 5G with edge computing and the Internet of Things and forming an ecosystem with IT giants like Amazon Web Services and Microsoft Azure.