Amazon has got U.S. permission to use radar to monitor consumers’ Sleep Habits. The Federal Communications Commission on Friday granted Amazon approval to use a radar sensor to sense motion and enable contactless sleep tracking functionalities.Amazon asked the FCC, which regulates airwave uses, for permission to market a device that uses radar. The technology captures movement in three dimensions, enabling a user to control its features through simple gestures and movements.

According to Amazon, it has a capability that could help people with mobility, speech, or tactile impairments and it could monitor sleep with a high degree of precision. The company also added that the use of Radar Sensors in tracking Sleep Habits could improve awareness and management of sleep hygiene, which in turn could produce significant health benefits for many Americans.Radar Sensors will allow consumers to recognize potential sleep issues. Amazon didn’t immediately respond to a request for comment. The company didn’t fully describe the device in its filing but did say it would not be a mobile device. 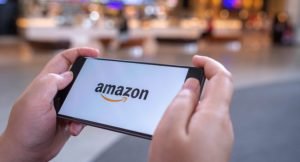 The FCC earlier granted similar permission to Google for radar to enable touchless control of Pixel smartphones, the agency said in its letter approving Amazon’s request. Amazon is pushing into health and wellness with its Halo wristband. The device, which seeks to measure body fat and voice tones, has been criticized by some reviewers as invasive and overly negative.

The company has also long been developing technology designed to let customers control devices by using hand or other gestures. That functionality was a selling point of the ill-fated Fire smartphone and appears in patents related to Amazon’s Echo smart speakers.