Apple in a support document clarified that Lossless Audio would come to the ‌HomePod‌ and ‌HomePod mini‌ in the future, and it appears the higher quality audio will be available this fall when the new ‌HomePod 15 Software is available to the public. 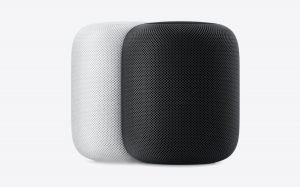 Those with the ‌HomePod 15 Software can enable Lossless Audio by opening up the Home app, tapping the Home icon in the upper left corner, selecting Home Settings and then tapping the user profile. From there, scroll down to Media and select the Apple Music tab, toggling on Lossless Audio.When playing a song that supports Lossless quality, the ‌Apple Music‌ player will feature a Lossless icon to make it clear that you’re listening to the Lossless tier.

It is not clear if there are other features in the ‌HomePod‌ 15 beta, but the prior updates have led to complaints about sudden failures and overheating, which may have been caused by the new software.The ‌HomePod‌ 15 beta is available on an invite-only basis from Apple and it is not widely available to developers or public beta testers. Multiple users have reported that their HomePods stopped working after the HomePod Software 14.6 update, which was introduced in May along with iOS 14.6 and tvOS 14.6.