Apple made the statement that the company will sell HomePod until the supplies last. The company will stop the production. The company also added that the mini version was a hit. It offers amazing sound, intelligent assistance, and smart home control. The original version will be available in online stores like Apple Online Store, Apple Retail Stores, and Apple Authorized Resellers.The original HomePod is sold for $299 on Apple’s website. The first version was sold at the price of $349. 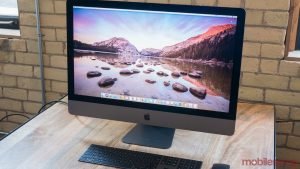 The other rival companies like Google Home, Amazon Echo were priced less. Apple reduced the price to attract customers. The sales did not take off as the company expected.Apple entered the smart speakers market in 2018. The speaker did more than playing music. Amazon Echo is the No.1 best-selling smart speaker and it was known as Google Home. The mini version will give access to apps on the iPhone using Siri. They can access apps like calendar, Messages, or Music. Apple recorded revenue of $111.4 billion during its 2021 fiscal first quarter. It is a 21% increase from the same period a year ago.

The company discontinued iMac Pro and the model will be sold until the product is in stock. This device with base configuration is priced at $4999.The company took down all build-to-order configurations for the product. iMac Pro features a 5K display, Intel Xeon processor, AMD Vega graphics, 10 Gigabit Ethernet, and a custom Apple T2 chip for encrypted keys.