Apple to fix the vibrating in iPhone 14 cameras Apple to fix the vibrating in iPhone 14 cameras

Apple iPhone 14 have been receiving complaints about a bug for image stability. Users have been reporting certain vibrations and noises of grinding in the new Apple iPhone 14 pro max. along with this issue, certain people have complained that their pictures, taken from applications like snapchat or TikTok, are distorted, shaky, and even affects the camera’s hardware, in some cases.

The destruction of images might have been caused due to the optical stabilization of image in the camera. This function usually normalizes the shaky image and sometimes enhances the picture if taken with a moving hand. Although, cameras in iPhone usually have the optical zoom option, but it does not use single camera instead multiply cameras and no physical zoom in or zoom out option. 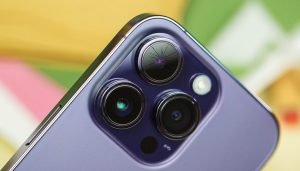 Until and unless the company fixes the bug, the users are suggested to avoid using camera within these third-party apps because using the camera in the meanwhile in such apps may destroy the image stabilization feature for a long time, if not permanently.

Apple has also strictly warned not to attach or connect the latest iPhone 14 Pro Max with any moving object like cars, or bikes since it could further intensify the vibration causing more damage to the device. If users need to make videos or click pictures, using the in-built phone camera is recommended to use and then the content could be imported to these third-party apps. This may save the camera hardware to some extent.