Identifying potential crime hotspots in a city is critical for urban safety development and can assist authorities in taking the required actions to make the city safer for its citizens. The accuracy of forecasts, which are increasingly being provided by artificial intelligence (AI)-based models, determines the efficiency of such preventive actions. Only a few violent incidents are classified as input data in most existing models, which rely on subjective impressions of safe locales, socioeconomic status, and still photographs of crime scenes.

As a result, there is frequently a mismatch between their forecasts and reality. Researchers from the Gwangju Institute of Science and Technology (GIST) in South Korea proposed a new strategy based on a large-scale dataset and the concept of “deviance,” which included not only violent crimes but also civil complaints about behaviours that violate social norms, which is also known as “deviant behaviour,” in a new study published in the AAAI Conference on Artificial Intelligence. 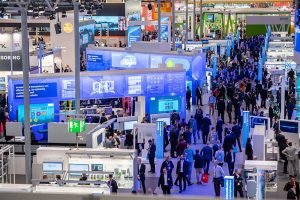 As a result, they created a “DevianceNet” convolutional neural network model, which they trained with a geotagged dataset of deviant incident reports and associated sequential photos of the incident Locations gathered using Google street view. The photographs were acquired from 10 GPS positions within a 50-meter radius of the claimed occurrence site, and images from 12 directions were considered for each GPS Locations, totaling 120 images.

They trained and evaluated their model using 2250 deviant places and 760,952 photos using data from five major cities in South Korea and two in the United States. The model’s ability to recognise possible deviant Locations was improved thanks to the vast dataset.