Einstein predicted time dilation: the notion that two clocks under two different gravitational pulls will always tick at different speeds. The effect has been observed in many experiments since, but now scientists have recorded it at the most miniature scale seen so far.

The result was achieved using ultra-precise Atomic Clocks just a millimeter (0.04 inches) apart – about the width of a sharp pencil tip. Collecting 90 hours of data gave the team a reading that was 50 times more precise than any previous similar measurement. The smaller and more accurate the scale, the more we rely on quantum mechanics to explain what’s going on. 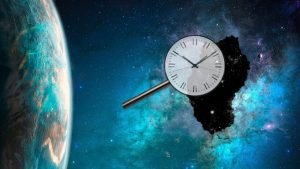 The researchers hope that their new readings open up a way to learn more about how the curvature of spacetime – what we experience as gravity – affects the characteristics of particles according to quantum physics. In this experiment, the researchers used what’s known as an optical lattice, a web of laser light used to trap atoms in place so they can be observed. It’s a technique used for the latest Atomic Clocks, offering more precision in timekeeping through laser light waves. These lattices can also be used for quantum simulations.

The two Atomic Clocks readings were taken from the same cloud of atoms in a highly controlled energy state. The atoms ticked between two energy levels in perfect synchronization for 37 seconds, a record in terms of quantum coherence – and stability are essential for these measurements.That enabled the scientists to take their readings at two points, measuring the redshift across the cloud of about 100,000 ultracold strontium atoms. The redshift shows the change in the frequency of the atoms’ radiation along the electromagnetic spectrum – or other words, how quickly the Atomic Clocks is ticking.