Fortnite season 6 will be launched in a couple of days. Epic Games and Brazilian Soccer Player Neymar will be appearing in Fortnite on March 16. Neymar is apparently going to be a big part of the launch of season 6. The teaser shows what appears to be a modified cleat, and it looks like the skin is not going to be literally just Neymar in a soccer kit, but some sort of superheroic version of him.

The Soccer Player Neymar version of the game will come out during the release of the single-player mission zero crisis finale. This will ease gamers into chapter 2 season 6. This will reshape reality. Famous Soccer Player Neymar has been sidelined due to injuries for most of the past few months, and he’s not expected to return to the pitch until later in March. Fortnite might be his only competitive venue for a few days. 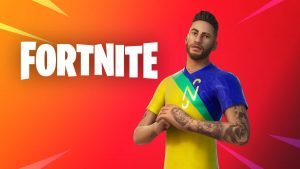 Neymar’s appearance would add to a long line of iconic figures. In the previous versions, Fortnite saw the addition of characters like the Predator, God of War’s Kratos, Halo’s Master Chief, and The Mandalorians Din Djarin and Baby Yoda, a.k.a Grog. Fortnite v15.40.1 hotfix removed the Flintlock Pistol, which has only been back in the game for a week, having arrived with the v15.40 update.

The Deagle’s return comes with some slight tweaks to its stats. The gun’s rarity starts with Rare at 75 damage, 0.8 fire rate, 7 magazine size, and a reload time of 2.1 seconds. Its total Damage Per Second is 75, and it has an x2 multiplier on headshots. It knocks players back when fired this is similar to the Flintlock pistol.