ByteDance Plans to Sell its AI ByteDance Plans to Sell its AI

TikTok’s recommendation algorithm is a huge part of its popularity. The way you interact with the app affects what videos it will recommend to you. The company explained in a blog post last year how its ForYou feed determines what videos to serve a given user. Its recommendations are based on user interactions including which videos you like, share, comment on, or create; video information, such as captions and hashtags; and device and account settings including what device you’re using, your language preferences, and your location settings. 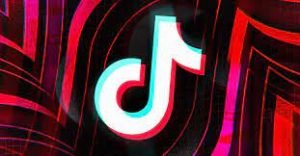 BytePlus of ByteDance offers customers the chance to access the recommendation algorithm, and personalize it for their apps and customers. BytePlus also offers automated speech and text translation and real-time video effects as well as data analysis tools, according to its website.

During the past one and a half years ByteDance and TikTok were among the China-based companies targeted by a series of executive orders from former President Trump, that sought to block China-based apps from US app stores. President Biden signed an executive order in June revoking the bans. Despite the pressure from the Trump administration, TikTok surpassed 100 million monthly users in the US last year.Tianyi He, a six-year ByteDance veteran who graduated in computer science from Tianjin University in 2014, has been listed on LinkedIn as head of BytePlus in Singapore since June. A 15-second promotional video, entitled “Hello, World!” was posted to LinkedIn last month.