Chip Design Ambitions to be Started by Tech Giants in 2022

Chip Design Ambitions to be Started by Tech Giants in 2022

Some of the world’s greatest technological companies are foregoing standard Chip in favour of building them in-house, causing the semiconductor industry to tremble and changing the industry’s power balance. Amazon, Apple, Google, Microsoft, Tesla, and other Silicon Valley behemoths are now pushing things to the next level in their quest to create chips that are faster, more energy efficient, and less expensive.

The trend toward custom Chip is posing a growing threat to industry giants like Intel, AMD, Qualcomm, and others, forcing chipmakers to respond by releasing silicon tailored to individual client demands in areas like AI. In 2021, IT behemoths unveiled a slew of bespoke processors for data centres and consumer gadgets. Apple is in the penultimate year of replacing Intel CPUs in Mac laptops and desktops with its own in-house processors modelled after the high-end A-series found in the company’s flagship iPhones and iPads. 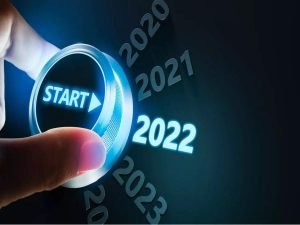 The initiative is part of Apple’s larger strategy of replacing many third-party parts with custom Chip, which stems from the company’s belief that owning critical technologies gives it a significant competitive edge. According to Brady Wang of Counterpoint Research, the usage of bespoke Chip reduces the company’s reliance on a single source and allows it to put out new, differentiated features in its devices.

Apple’s investment in custom CPUs, according to Wang, provides the company more influence over future iPhone, Mac, and other hardware launches, as well as a stronger grip on the ecosystem that develops software and apps for its products. Amazon, Microsoft, Google, Facebook, and other companies are increasingly following Apple’s lead and replacing Intel’s off-the-shelf server CPUs with custom Chip tailored to their needs.