Greensburg Salem’s School District is attempting to fill a deficit in computer science-related classes at its middle school with a proposed seventh-grade course focusing on artificial intelligence. The subject was discussed at last week’s school board meeting, with member Emily Miller claiming that seventh graders lack the necessary educational background. She believes it should be offered as a high school elective. The issue may possibly come up at the board’s meeting on Wednesday.

Greensburg Salem’s students, she said, won’t have studied the Bill of Rights or had experience with persuasive writing at that point in their careers, which she believes they’ll need to tackle course themes like surveillance issues. A modest portion of the course would be devoted to artificial intelligence computer science. The most of it would be about the societal implications of AI on the lives of (students). AI algorithms are already influencing our children. 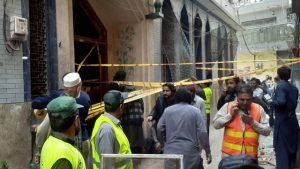 This course will provide them with information on: How does that work? What was the process of creating it? What caused part of it to spiral out of control? Board member Robin Savage stated that such technology-related studies should not be delayed until high school. It’s too late because, if (students) are interested in it when they arrive, you’ll be playing catch-up.

Then we’re behind the eight ball in comparison to what other students in other districts, states, and countries are doing. I’m not going to put any restrictions on our children. A course on AI can engage students in learning how to deal with such technology as long as it is research-based and teachers are appropriately prepared, she said.