DirectStorage, a DirectX 12 Ultimate API that Microsoft promised in 2020, is now available for PC games. The function is designed to increase texture and draw distances while also speeding up loading times. is already available on the Xbox Series X/S, and Microsoft said in June that it would be included to Windows 11. The storage acceleration API could improve gaming by providing more vibrant virtual landscapes and offering fast asset introduction.

It works by delivering data from an NVMe SSD directly to the graphics card, bypassing the CPU and taking use of PCIe 3.0 or PCIe 4.0 speeds, depending on the system. Microsoft announced today in a developer blog post that it is moving DirectStorage out of developer preview and making it accessible as a public SDK. Microsoft initially stated that Windows 10 would not support DirectStorage, but has now changed its mind. 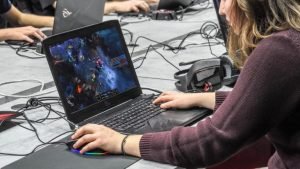 Microsoft attempted to persuade PC gamers to upgrade to Windows 11, claiming that the operating system “has the latest storage optimizations built in” and is the company’s “preferred path for gaming” in a blog post published today. Although no games currently support DirectStorage on PC, AMD and game developer Luminous Productions recently demonstrated the technology in Forspoken. On October 11th, the game is set to be released.

Microsoft’s blog stated that “in the future,” the company would have more to say regarding PC games that utilise DirectStorage. More games are likely to add the feature in the future. The quick-loading universe-hopping in the PlayStation 5’s Ratchet and Clank has already demonstrated what a fast NVMe SSD can achieve for gaming.