The so-called “smoking gun” in the quest for the topological magnetic monopole — also known as the Berry curvature — has been discovered in a new FLEET theoretical research published recently in Physical Review Letters. The discovery represents a significant step forward in the hunt for topological effects in non-equilibrium systems. The UNSW physicist and Associate Professor Dimi Culcer led the team discovered an unusual Hall effect in semiconductor hole systems that can be linked entirely to the Berry curvature, which is generated by an in-plane magnetic field.

Enhanced topological effects will make low-energy topological Electric feasible for large-scale, room-temperature operation, supporting the IEEE roadmap for future Electric sustainability. In addition, quantized reactions like the quantum Hall and quantum spin-Hall effects provide a strong fingerprint of topology. Still, they’ve only been seen in one-dimensional (1D) systems and are intimately linked to the existence of edge states. 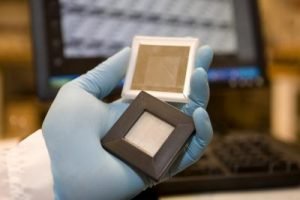 Plenty of theoretical literature exists in regular conductors, meaning 2D and 3D systems, suggesting topological contributions to, e.g., the anomalous Hall Effect. Still, these have never been seen clearly in transport measurements. This is due to two key factors: I The contributions of spin-up and spin-down Electric are frequently opposing and virtually cancel out; (ii) whatever is left is overwhelmed by chaos.

The new FLEET study addresses this long-standing issue by identifying a two-dimensional system in which the Hall signal linear in the applied in-plane magnetic field is caused solely by the Berry curvature. The research team was looking for a mathematical trace known as ‘Berry curvature,’ which can be understood if we consider the concept of parallel transport, which is used frequently in geometry and general relativity.