Emerging Economies are Optimistic About AI Emerging Economies are Optimistic About AI

According to a new survey, six out of ten people believe artificial intelligence products and services will have a significant impact on their daily lives in the next three to five years, and half believe this has already occurred. Sixty percent of respondents believe that AI-based products and services will make their lives easier, yet four out of ten are concerned about  use. These are some of the findings of a 28-country poll of 19,504 persons under the age of 75 performed by Ipsos for the World Economic Forum between November 19 and December 3, 2021.

As they use AI, leaders and businesses must prioritise transparency and trustworthiness. was defined as “computers and robots doing things that usually need human intelligence” for the purposes of this poll. Based on this description, nearly two-thirds (64 percent) of respondents in all 28 nations polled said they have a solid knowledge of what is. However, just half of those polled (50 percent) claimed they were aware of the types of products and services that use AI. 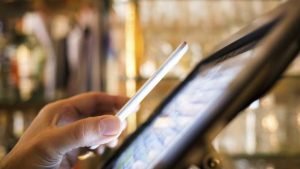 Business decision-makers (74 percent), those with a university degree (71 percent), and those in their country’s high income tier (71 percent) were the most likely to indicate a solid comprehension of AI. Men were also more likely than women to believe they comprehend on average. While the majority of global respondents believed that will have a significant impact on everyday life, certain industries are projected to be more affected than others.

Education and learning (mentioned by 35 percent), safety (33 percent), job (32 percent), retail (31 percent), and transportation (31 percent) are the areas that people predict to change the most as a result of AI (30 percent).