Former Google CEO Eric Schmidt has joined the chorus of critics who are concerned about the future of artificial intelligence technologies in Facebook’s metaverse. Schmidt, who was Google CEO from 2001 to 2011 and executive chairman until May 2020, told the New York Times that while he believes technology will eventually “be ubiquitous,” he warns that it is not always the best thing for human society.

“All of the people who talk about metaverses are talking about worlds that are more satisfying than the current world – you’re richer, more handsome, more beautiful, more powerful, faster. So, in some years, people will choose to spend more time with their goggles on in the metaverse. And who gets to set the rules? The world will become more digital than physical. And that’s not necessarily the best thing for human society,” Schmidt told the Times. 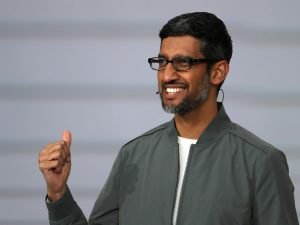 Schmidt described artificial intelligence (AI), which Meta employs to power the majority of its platforms’ algorithms, as a “huge, false god” capable of fostering unhealthy and parasocial interactions. The former Google executive isn’t the only one who is concerned about artificial intelligence. In recent months, corporate executives have increasingly attacked the technology, including Tesla CEO Elon Musk, who stated that his faith in the transparency and safety of AI within his own company is “not high.”

Meanwhile, other experts believe that augmented reality is even more vulnerable to manipulation than social networking. Schmidt’s remarks follow Facebook’s announcement on Thursday that it was changing its corporate name to Meta and launching the metaverse, a virtual world where individuals may connect digitally using avatars. In recent weeks, the corporation has been the target of widespread criticism after stolen documents revealed the company’s questionable business methods and technology.