Google is rolling out a feature to its iPhone app that lets you quickly delete the last 15 minutes of Search History with just two taps. There are automatic systems that could be set to delete your web history after three, 18 or 36 months, but this adds an extra layer of privacy.

This feature could be particularly useful in certain scenarios. For example, if you’ve been researching gifts for your significant other and don’t want them to see what you’ve been up to on your phone. This feature is launched in the Google app for iPhone now and will be available to Android users later this year. 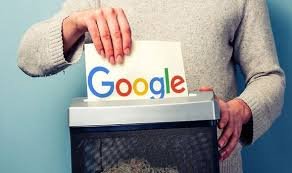 That means you might not see it available right away, but you should start to see it soon. This isn’t the Chrome app on your iPhone, instead, it’s the main Google app. It will still delete anything you’ve searched for in Google using Chrome.Tap the Search History button and set it to auto-delete every three months if you want to clear out your Google web and app activity as often as possible using Google’s automatic delete tool.

Google Tasks is an easy-to-use, relatively basic task manager and to-do list maker that is freely available across multiple platforms, including Android, iOS, and web. Launched in 2008, it has been around in some form or fashion for about as long as Android itself, though it started as a web-first application. Google says you can now search for books based on language, and the app will send notifications if a book you’ve sampled or have on your wishlist goes on sale