The COVID-19 epidemic and its impact on the tech industry are still being felt, with one of the most recent developments coming from France. Sigfox, a high-profile IoT startup that had raised over $300 million in venture funding and had ambitions to build a global communications network using a new approach to wireless networking, has filed for Bankruptcy in France, citing slow product sales and challenging IoT industry conditions due to COVID-19.

It said it would use the process, which will take six months at first, to find a buyer who would “support Sigfox’s long-term development and offer to keep jobs.” In the interim, it will continue to operate as follows: Sixfox claims that its network links 20 million objects and transfers 80 million messages each day, spanning 75 countries and combining capacity from 75 carriers. The company issued a statement to TechCrunch outlining the details of the Bankruptcy. 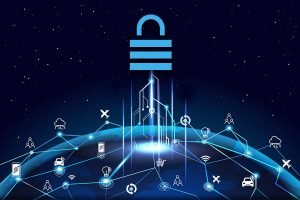 A lack of electronic components was also mentioned in the statement as having an impact on business. Despite solid shareholder support, the decision to place Sigfox under the protection of the Justice through this case was made due to a slower-than-expected adoption cycle for its technology. Salesforce, Intel, Samsung, NTT, SK Telecom, energy companies Total and Air Liquide, and others were among the investors who contributed more than $300 million to Sigfox.

The company was valued at roughly €600 million when we last covered its fundraising, a €150 million round in November 2016. A year later, the company was labelled as a “unicorn” – a corporation worth more than $1 billion — in a profile. The receivership/rehabilitation case was opened in the Commercial Court of Toulouse at the request of the CEO, according to Sigfox’s statement, and it affects both Sigfox and its French subsidiary Sigfox France.