Lamborghini unveiled what will be its last V12-powered supercar driven purely on gasoline. While there will be more V12 models in the future there will be plug-in hybrids.Lamborghini, which has built supercars with big 12-cylinder engines for almost 60 years, is one of several supercar makers, including Ferrari and McLaren, that are creating plug-in hybrid sports cars or fully-electric models to meet increasingly stringent carbon emission regulations.

On Tuesday, Lotus, the British maker of more affordable exotic-looking sports cars, also unveiled its last gasoline-powered car, the Emira. After this, all future Lotus models will be purely electric. Lotus is owned by China’s Geely, which also owns Volvo, another automaker with plans to go all-electric. 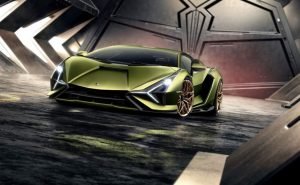 The new Lamborghini Aventador LP 780-4 Ultimate is the latest of a series of 12-cylinder Lamborghini supercars stretching back to the 1966 Miura, which is generally regarded as the first modern supercar. That was followed by the Countach, which became the prototypical Lamborghini supercar. Its wedge-shaped body has been copied by every sports car since, including the company’s flagship Aventador.

The Aventador LP 780-4 Ultimate combines the general exterior styling of the Aventador S with the mechanical engineering of the more extreme Aventador SVJ. This new model has more power than either one, though. The Ultimae’s V12 engine produces up to 769 horsepower, 10 more than the SVJ and 39 more than Aventador S.Lamborghini other sports car model, the V10-powered Huracán, will continue as a gasoline-only model until 2024,chief executive Stephan Winkelmann said. Only 350 coupe and 250 convertible versions of the Ultimate will be built. Prices for the coupe version will start at about $500,000 and for the convertible at just under $550,000.