The CEO of Facebook, Mark Zuckerberg’s, is certainly more famous than many of his noble employees who have built many great tools. People usually do not talk about Jan Koum and Brian Acton, the founders of WhatsApp, or Chad Hurley and Steve Chen, founders of YouTube.

But Zuckerberg’s is perhaps more popular among the masses, only because he chose to live in the spotlight of the public.On July 4, as the US celebrated its Independence Day, Zuckerberg’s shared his surfing video while holding the American flag in his right hand. 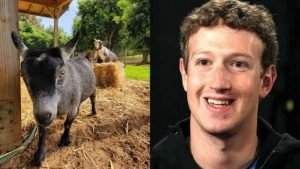 “Happy July 4!” was the caption to the video uploaded on Facebook. Along with the clear skies over his head and the stunning mountains in the background, Zuckerberg’s surfed “Take Me Home, Country Roads,” John Denver’s anthem to West Virginia started to play. also shared a wing under the water he was surfing that pushes the board up into the air.

He officially uploaded this video on Facebook, but a Twitter user posted a smaller version of that video clip on the micro-blogging site. The video went viral and received various hilarious comments ever since then. One meme shows a photo of placed beside Kate Winslet in the Titanic climax scene.This video of surfing by Zuckerberg’s is not an innovation as last year, in July, he trended all over the social media platforms as a photo of hi surfing went viral.