According to Masimo, the ‌Apple Watch Series 6‌ infringes on five Masimo patents related to blood oxygen monitoring. Medical grade pulse oximetry devices are what Masimo specializes in, and pulse oximetry is a feature that Apple added to the Apple Watch with the Series 6 model.The Apple Watch uses light to detect the amount of oxygen in the blood, with the feature joining heart rate monitoring and ECG capabilities. Masimo sued Apple in January 2020, accusing the Cupertino company of stealing trade secrets and improperly using  inventions. 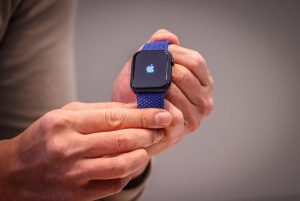 The patents of the company are being examined by the U.S. Patent and Trademark Office because Apple said they do not cover new inventions, and the case is on hold until that process has been completed.The medical device company has claimed that by getting the court to delay the legal proceedings until the patents are validated, Apple is attempting to sell more Apple Watches. The patent office delay has prompted  to also file with the ITC, as the ITC will not delay the investigation.

ITC cases are completed in 15 to 18 months, and because of the speed at which cases are investigated, there won’t be time for the patent office to weigh in should Apple also attempt to challenge these claims. Apple sneakily poached Masimo employees and used patented Masimo technology when developing the sensors used in the Apple Watch.