The Apple Watch has again been credited with helping to detect a user’s potentially life-threatening heart condition. A woman in Michigan says her Apple Watch alerted her to an abnormally high heart rate, sending her to urgent care where an EKG revealed she had had a recent heart attack without realizing it.

The symptoms of a heart attack are different for a woman. She had pain going down my left hand. She also had a little swelling in my left foot,along with indigestion that just explained away as acid reflux that I was experiencing as I got older. 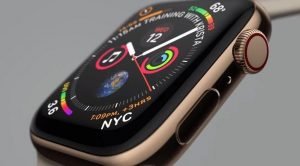 The emergency room gave her aspirin and sent her to Meijer Heart for further examination. Days later, it was determined that she had a blockage in the Widowmaker artery. That was later repaired by stent therapy.The Apple Watch was credited as being the main reason for Feenstra to ask for assistance. It’s such an easy thing to see what your heart rate is. Had I not done that that morning, who knows, but I may have had another heart attack that would have been fatal.

Apple’s wearable device has been proclaimed as a life-saver on many occasions, and in various ways. In February, a report claimed it had saved a man who regularly ran after detecting arrhythmia, while in June, its fall detection feature assisted a 78-year-old man who had broken his nose and passed out after a fall. Watches like Apple Watch Series 6 have been shown to save lives on more than a few occasions and this is another example of how vital they can be.