Modified IPad Mini will be Launched this Fall Modified IPad Mini will be Launched this Fall

The iPad, iPad Air and iPad Pro lines have all been updated with new models in the past 9 months. According to Bloomberg’s Mark Gurman, who in his newsletter reports a redesigned IPad Mini should be a go for fall 2021.A new and improved IPad Mini has long been rumoured to launch this year. Supply chain analyst Ming-Chi Kuo last year noted an updated  was planned for the first half of 2021, then in May said its release was now planned for the second half of the year.

In June, Gurman reported a 2021 was coming in later in the year. The new model would have smaller bezels, and may also have no Home button. Both Kuo and Gurman have said Apple will update its this year before refreshing the iPad Pro again in 2022. Like many other companies, notably Sony and Microsoft, Apple has been challenged by the worldwide shortage of chips and other key computing parts. 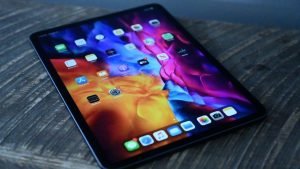 If Kuo’s report was accurate and Apple did have to delay the IPad Mini from the first to the second half of the year, supply shortages are potentially why. Apple’s entire suite of iPad products has been one of the winning products of the COVID-19 era.

Despite the fact that more people are working from home and the iPad is designed to be a computer on the go, sales of the iPad were up more than 70%. The was last updated in 2019, when it got a then-new A12 processor and Apple Pencil support. The standard iPad which retails for $329 against the $399 IPad Mini has since been updated with the same processor and Apple Pencil support.