The three tubes of plants will be assessed for biochemistry and gene expression in the suborbital space in a very weak gravity. The plant experiment supported by NASA’s will fly on the Virgin Galactic’s Unity space plane.The experiment will fly a flowering plant called Arabidopsis thaliana related to mustard and cabbage. This plant is commonly used for plant research in space science. This plant is flown earlier not only in sub-orbital space but also as far as moon.

The Virgin Galactic will carry out a mini experiment to determine the ability of humans to conduct science research activities in during the 90 minutes flight.The experiment will be performed by Sirisha Bandla one of the crew members on board during the few minutes of microgravity. Experimenting in microgravity will be challenging but if successful will lead to many researches ahead. 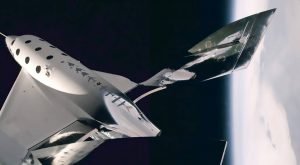 Lisa Paul and Robert Ferl are veterans in the field of space science. They had started their first space shuttle experiment in late 1990s. According to a press release by the NASA’s, they have taken the findings from their previous spaceflights and have deigned nine experiments for the International Space Station.