HMD Global officially released two smartphones, Nokia G20 and Nokia G10. The company said that these devices will roll out to select markets starting from May. There are reports that the Nokia G20 is now available in the U.S. This smartphone comes with a MediaTek Helio G35 chip and the price in the U.S. is $199.

The Nokia G20 uses a 6.52-inch HD+ display and the processor is supported with 4GB of RAM and 128GB of internal storage. This device comes with a side fingerprint sensor. To keep its lights on, there is a 5050mAh battery that supports 10W charging. In the camera department, this device comes with an 8MP selfie camera. On the rear, it uses a quad camera setup. It has a 48MP main camera coupled with a 5MP ultra-wide-angle lens, a 2MP macro lens, and a 2MP depth lens. 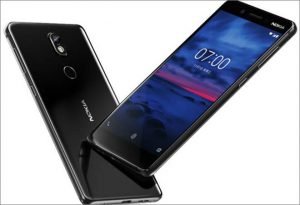 In addition, the smartphone runs Android 11 out of the box. The company also promises two years of operating system updates and three years of security updates. This means that this device will get up to the Android 13 update. As of now, this device is available on Nokia official website and it can be purchased from July 1st.HMD Global’s Nokia brand has revealed that the G20 will be available stateside on July 1 in the night and glacier colours for a price of $199.

The Nokia G20 includes a 5,050mAh power pack that reportedly delivers three days of battery life. We wouldn’t be surprised if real-world performance sometimes falls short, but that still suggests you might get through a weekend without a recharge.