Norway’s Memory, the makers behind the ever-so-popular automatic time tracking app Timely, has raised $14 million in its effort to position Timely as the de facto choice within the time tracking and virtual work management market. The startup reports that a portion of this funding will be used to support the development and launch of its upcoming deep work tool, Dewo.

The startup, based out of Norway made its name with an app called Timely, a tool for people to track time spent doing different tasks. Aimed not just at people who are quantified self nerds, but those who need to track time for logical reasons, such as consultants or others who work on the concept of billable hours. Timely has racked up 500,000 users since 2014, including more than 5,000 paying businesses in 160 countries. 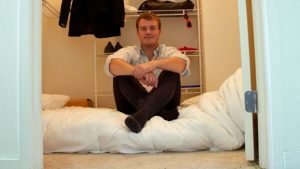 Memory has raised $14 million as it gears up to launch its next app, Dewo which is a app that is meant to help people do more deep work by learning about what they are working on and filtering out distractions to focus better. Glue is described as a knowledge hub to help in the creative process. Both will be released later in the year.

The funding is being led by local investors Melesio and Sanden, with participation from Investinor, Concentric and SNÖ Ventures, who backed Memory.ai previously. Memory’s $14 raise was led by Melesio and Sanden and saw participation from existing investors Investinor, Concentric, and SNÖ Ventures. Mathias Mikkelsen, the founder of Memory.ai, first came up with his idea for Timely, one of those jobs that needed to track what he was working on, and for how long, to get paid.