There has opened up an avenue displaying scope for the development of next-generation electronic, and optoelectronics. This is deemed to be possible by achieving full control of the twist angles in a specific type of 2D bilayer material that is often used in Devices.

The introduction of such advanced Devices could be turned into a realistic goal by strengthening the intrinsic electric charge that resides between two layers, suggest a group of researchers. The team of experts from reputable universities such as Harvard, Penn State, Rutgers, and Massachusetts have worked on revealing the technological capabilities. 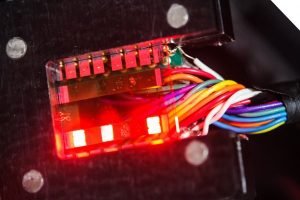 The group focused on studying the bilayer interaction within TMD 2D materials and Janus TMD. TMD stands for transition metal dichalcogenides, and the interactive phenomenon is referred to as van der Waals interlayer coupling. As a part of the study, the researchers observed that the measured charge transfer in case of regular TMDs is same on both sides. This is attributed to the prevalence of same type of atoms across the bilayer. However, when examining the Janus TMD, researchers realised that the charge transfer varied owing to the presence of different types of atoms.

Sulfur and selenium were the crucial atomic elements found across the Janus TMD 2D bilayer material said Shengxi Huang, Penn State. Huang added that the most crucial finding of the study was the comparative analysis between the sulfur/sulfur, and sulfur/selenium interface. The interlayer coupling for the former interface was way stronger as compared to the latter.