Nvidia GeForce RTX 3070 Ti graphics card released on June 10. The card was put on sale at several online retailers in the early morning. Last week’s hot release, the GeForce RTX 3080 Ti, also sold out in minutes.Nvidia GeForce RTX 3070 Ti, there was only a short time frame before the card was sold out on most, if not all, websites. It was available on Amazon, Newegg, BH Photo, Nvidia’s online store, and from several other retailers. Best Buy has delayed the release of the card by over seven hours, resulting in countless users refreshing the website for hours on end. Once the cards were put on sale, they were gone within seconds.

Newegg had some cards in stock readily available, but it seems that most of the sales went through a shuffle system. Customers were able to sign up for Newegg’s raffle, and if chosen, they were given two hours to buy the card. This system was a way to fight the fact that most cards are bought by bots. However, the cards that were out at release were sold almost immediately. 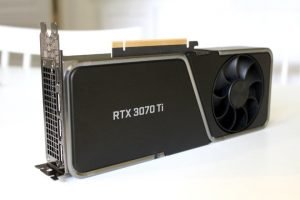 The Nvidia GeForce RTX 3070 Ti was priced at $599 for the elegant, shrouded Founders Edition. Other models were also released today, some of them equipped with slightly different specs, better cooling, and a different design. Made by companies such as Asus, Gigabyte, Zotac, MSI, and other popular brands, these GPUs were commonly priced higher. Some of the cards were even in the ballpark of $1,000, approaching the recommended price of the GeForce RTX 3080 Ti, which was priced at $1,200.

In internal testing, the card proved to be up to 8% more powerful than the base version, although it fell short when it came to 4K gaming. While this model is an upgrade over the RTX 3070, there’s still a wide gap between today’s new release and the next model, the RTX 3080.