Shares of Palantir Technologies fell 15.8% on Thursday after the company reported mixed earnings results for the fourth quarter. The software company reported the Earnings per share as2 cents but the analysts estimated it as 4 cents.

Analysts estimated the revenue as $418 million but the company reported the revenue as $433 million. It continues to expect annual revenue growth of 30% or more through 2025. But its reported net loss was $156.19 million, wider than the $148.34 million of the fourth quarter in 2020. 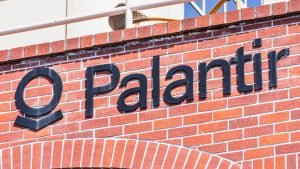 The software company, known for its work with government agencies, said that revenue increased 26% year over year and that it added 34 net new customers in the fourth quarter. It also said it closed 64 deals in the quarter of $1 million or more, including 27 of which were at least $5 million and 19 of which were at least $10 million.

Palantir Technologies expanded its commercial business throughout 2021, with revenue up 34% year over year to $645 million. U.S. commercial revenue alone soared 102% with the customer count jumping 4.7 times to 80. In 2021, government revenue gained 47% to $897 million.