Niantic, the company behind Pokémon GO, has announced the release of Lightship, an AR Developer Kit (ARDK) that will make creating augmented reality experiences more accessible. This open-source technology will assist in laying the groundwork for its concept of the “real-world metaverse.”

Niantic CEO John Hanke mentioned his blog article in which he labeled the metaverse a “dystopian horror” during the program’s inaugural webcast. Even as Facebook changes its name to Meta and promotes a future dominated by VR headsets, envisions a metaverse that brings people together in real life rather than a virtual world. 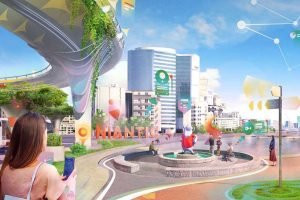 The existing Niantic games place a strong emphasis on getting outside and meeting new people. Certain features of Pokémon GO, such as legendary raid battles, were only playable if enough players worked together at the same time before implementing pandemic-era improvements to play remotely. Local Discord groups sprang up in the aftermath of the debut of legendary raid battles in 2017, allowing players to organize real-world meet-ups in the hopes of catching a Lugia or an Articuno together.

Developers may use the foundation of games like Ingress, Pokémon GO, and Pikmin Bloom to create new projects by releasing the Lightship ARDK. Niantic is also launching a $20 million venture fund called Ventures, which will invest in firms that share  mission. Coachella, Historic Royal Palaces, Universal Pictures, the PGA of America, and other brands have already used Niantic ARDK since its inception. By integrating with Unity, a software used to create 3D, 2D, VR, and AR experiences. In addition, the software development kit will assist developers in creating experiences for iOS and Android.