Samsung has announced a new image sensor for smartphone cameras. The company says that it is the smallest pixel in the industry. The ISOCELL JN1 is a 50-megapixel sensor with a relatively tiny 1/2.76-inch format, meaning its pixels are just 0.64μm in size. For comparison, the company already broke records in 2019 with the slightly larger ISOCELL Slim GH1, another 50-megapixel sensor with 0.7μm pixels.

Samsung says its JN1 sensor also comes with Isocell 2.0 tech, which the company claims improves light sensitivity by around 16%, along with Double Super PD autofocus that features special oval-shaped micro-lenses fitted onto pairs of nearby pixels to quickly detect changes in phases. 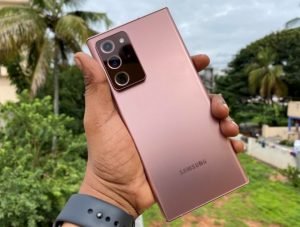 Samsung says this allows the JN1 to deliver the same speedy autofocus performance compared to previous-gen sensors with 60% less light. However, by using quad pixel-binning on the JN1, the company can combine four nearby 0.64 micrometre pixels into one large 1.28-micrometre pixel in low-light to help increase overall light sensitivity.

The company also said that like other sensors that use pixel-binning in low light, this process does result in a lower resolution of 12.5-MP photos, down from its usual 50-MP shots. The sensor’s smaller size means it can be used in ultrawide or telephoto camera modules which are challenging to design when size is at a premium or as a way to reduce the height of the primary camera bump. The company also announced that it has started mass-producing this new camera sensor. This means that we should begin seeing it arrive on a new smartphone in the coming months.