Smart TV or Streaming Device Which is more flexible Smart TV or Streaming Device Which is more flexible

In 2021, Smart TV will be de facto. It’s practically impossible to find one with a barebones interface these days. Even if a product doesn’t use a common platform like Roku or Google TV, it almost certainly has its own, such as LG’s WebOS. It’s even possible to be swayed by a TV’s innovative interface. In theory, you’ll spend less than you would if you added a separate streaming device while also simplifying the installation procedure – no additional power, audio, network, or HDMI cables are required.

You might also receive immediate integration with your phone or innovative home platform of choice, as well as a decent fallback option if you do decide to buy a stick or set-top box. All of these points are valid. However, they only last a few years in practice. So it’s a better idea to start looking for a separate streaming device right now. Although raw power isn’t as vital for media streaming devices as for smartphones, you don’t want to deal with stuttering UI animations or excessive load times when switching between apps and shows. 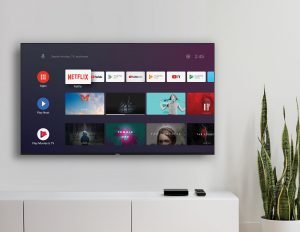 On the other hand, Smart TV processors cannot be changed, whereas a specialized streamer may be swapped out at any time for a fraction of the cost of a TV, and often with newer and faster chips. In addition, the native hardware will slow down as more capabilities are introduced to the user interface or pushed to handle more demanding audio and video.

Over time, Roku, for example, has added additional visual flair to its UI, such as themes and animated screensavers. As a result, older televisions can handle it with some hitches. But, more importantly, the identical TVs can stutter during previews and buffering for apps like Netflix, and even if they can support 4K, the experience isn’t always seamless.