Automobiles are becoming more intelligent. While you can’t buy a genuine self-driving car at a dealership, the available vehicles are packed with the latest technology, even if some of the features are gimmicky. There’s just one problem: it’s hardly ever used. Nevertheless, many experienced drivers can recall their first vehicle with cruise control or air conditioning. Some persons who began their journey in a Ford Model T have even had the opportunity to drive an all-electric Mustang Mach-E.

Technology has altered how the world utilizes Automobiles, but some of the amenities featured in current vehicles appear excessive. During the first 90 days of ownership, more than one-third of advanced technology is turned off. The most important reason? Most individuals claim that fancy amenities such as a coffee-paying infotainment system, driver-to-passenger communication gadgets, and gesture controls are unnecessary. 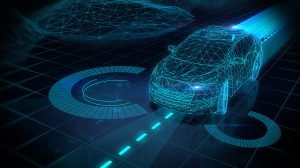 For example, GM’s Marketplace app and others like it are infotainment-based applications that allow drivers to pay for food and gas, make hotel reservations, and check in to stores for curbside pickup. These appear to be activities that most people would perform on their phones rather than in their cars. According to owners, driver-to-passenger communication gadgets are just another gimmick.

The Honda Odyssey has CabinTalk, the Toyota Sienna has Driver Easy Speak, and Cadillac’s premium Escalade SUV has a “Conversation Enhancement System.” These features are typically reserved for larger vehicles and allow the driver and passengers to better hear one another without raising their voices. Despite this, at least 52% of owners have never tried it in their feature-equipped vehicle, and 40% of those have claimed they don’t need it at all.