Snapchat is implementing a new safety feature that limits the friend suggestions teenagers see in the app. Kids aged 13 to 17 years old will now only receive suggestions with a certain number of friends in common with that person through friend suggestion feature, called Quick Add.

The company did not give explicit details just how many mutual friends a user will need to have in common with a teen to appear on their Quick Add list, but Snapchat says it will help ensure users know each other in real life. The platform also plans on adding new parental control tools, which is hinted at last year, offering “parents more insight into who their teens are talking to” while still letting teens have a sense of privacy. 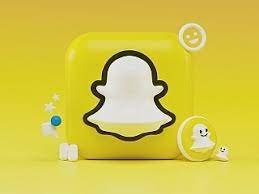 These changes come as Snapchat works towards preventing users from exploiting the platform for drug dealing in the wake of a fentanyl epidemic that’s affecting both adults and young people. Snapchat reports it’s getting better at tracking down drug-related content and has increased its proactive detection rate by 50 percent since October.

A report from NBC first shed light on young adults using the platform to buy prescription and recreational drugs and receive fentanyl instead. Snapchat has added safety measures, such as its Heads Up education portal that warns users about the risks of fentanyl and reporting tools to combat drug-related activity.