The House approved multiple bipartisan bills on Wednesday to protect U.S. Telecommunications infrastructure against foreign meddling, including threats from China. The Secure Equipment Act, sponsored by House Minority Whip Steve Scalise (R-La.) and Rep. Anna Eshoo (D-Calif.), was approved by the House by a vote of 420-4. It would require the Federal Communications Commission (FCC) to take steps to prevent product approval from companies on the agency’s “covered list.”

Chinese telecom giants Huawei and ZTE are among the companies on this list. In addition, Congress and the Trump administration have prevented entering the United States because of national security and espionage concerns. In May, Senators Marco Rubio (R-Fla.) and Ed Markey (D-Mass.) submitted a Senate version of the bill, which is currently awaiting review. 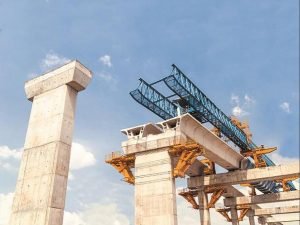 The Communications Security Advisory Act, which would force the FCC to create a permanent council to help provide recommendations on improving the security and dependability of Telecommunications networks, was also passed by the House on Wednesday. Reps. Elissa Slotkin (D-Mich.), Kurt Schrader (D-Ore.), and Tim Walberg (R-Mich.) sponsored the bipartisan bill, which passed the House 397-29.

The Information and Communication Technology Strategy Act, sponsored by Reps. Billy Long (R-Mo. ), Abigail Spanberger (D-Va.), and Jerry McNerney (D-Va.) were adopted by the House on Wednesday by a vote of 413-14. (D-Calif.). The measure would mandate that the Department of Commerce adopt a strategy for assessing the economic competitiveness of enterprises in the communication technology supply chain. The House Energy and Commerce Committee chairmen, which originated all three bills, praised the House for passing them.