Last year Telegram had announced that it was working on allowing the users to video call in groups.In its latest blog, Telegram has said that its app’s latest update would be enabled with group video calls on all the devices, including all sorts of tablets and desktop computers.Telegram has also explained that while the audio-only participants in group video calls have been made unlimited, at this time, only the first 30 people to join the group video call can choose to turn on their video camera.

Nevertheless, the company has also announced that this limit is expected to ease down soon as the voice chats take on streaming games, live events, and other events.Considering how long it would take Telegram to roll out the group video calls in the first place, in the beginning, it had planned to launch the feature in the year 2020. 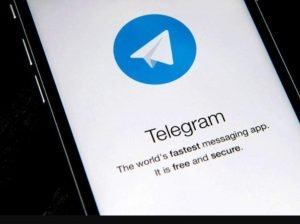 The company also revealed a batch of several other new features for its group video calls. For example, the user can pin a video if they want it to stay focused as more users would have joined the call with their video. Users are also allowed to share their camera feed and their screen, both at the same time.

Remarkably, Telegram has announced new noise suppression options as well, with a particular emphasis on food.However, group video calls were not the only thing that Telegram rolled out in recent days. The company has also introduced animated backgrounds to its app, which are gradient wallpapers generated algorithmically and move every time the user sends a message.