Artificial Intelligence is one of today’s most disruptive technologies, with the banking industry serving as a shining example of its potential. Although in banking is still a relatively new notion, it makes banks safer, more efficient, and more accessible. The financial services sector accounts for 20 to 25 percent of the global economy, and it must continue to evolve to meet consumers’ expectations. Banks must be very efficient and safe, which is becoming increasingly difficult in the face of rising user demands and cybercrime. 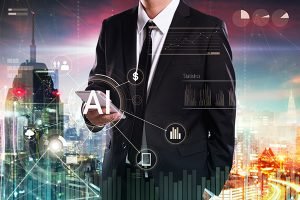 AI may be able to help. The deployment of AI in banking is already impressive. According to one survey, Artificial Intelligence is used by 75% of banks with $100 billion in assets or more and 46% of smaller banks. Overall, 80% of respondents claimed they are at least aware of the potential benefits of implementation. According to McKinsey, Artificial Intelligence could add $1 trillion to each year’s banking industry. As can improve operations in practically every element of banking, the potential benefits are enormous.

AI is offering significant benefits to banks that are embracing it, from back-office automation to customer-facing operations. Machine learning (ML) fraud detection is one of the most important uses of Artificial Intelligence in banking. As technology has made banking more accessible, it has also made it easier for fraudsters to use these services. Machine learning, which connects data pieces faster and more accurately than people, can detect fraud. After realizing that its prior rule-based approach was insufficient, Danske Bank, Denmark’s largest bank, adopted a fraud detection algorithm. The deep learning technique was 50% more accurate at detecting fraud and had a 60% lower rate of false positives.