The Office of the Chief Information Officer, or DoD CIO, of the Department of Defense, is working on several initiatives to ensure that US combatant commands have the essential capabilities to use artificial intelligence and machine learning in their operational order and control.

The efforts of the DoD CIO are naturally focused on data and data management, an appropriate transport layer, and future cloud capabilities, solutions that will benefit a wide range of warfighters, not just those in command, according to Kelly Fletcher, who is filling in for John Sherman as the department’s chief information officer. 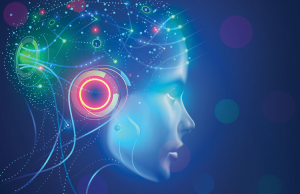 On October 27, she gave a keynote lecture at AFCEA International’s TechNet Cyber conference in Baltimore. “They all have unique requirements,” Fletcher said of the DoD CIO’s office, which covers more than 40 main combatant commands, services, and agencies. The Department of Defense networks are spread throughout the globe, have several classification levels, and are “constantly developing.” The office is devoted to improving this widespread infrastructure and accompanying data management to assist warfighter operations and decision-makers better.

The new Artificial Intelligence and Data Accelerator (AIDA) initiative, named after Ada Lovelace, one of the first computer programmers, is one endeavor that promotes improved data solutions. In June, Deputy Defense Secretary Kathleen Hicks indicated that the department would pursue the effort. According to Fletcher, the DoD CIO’s office dispatches data and AI teams to each combatant command. According to Fletcher, interaction with the authorities and the information obtained by the groups is expected to reveal other areas for development.