Google launches an urgent update in Google Chrome for security fix.Windows, Mac, and Linux users of Google Chrome are supposed to install the new Update by Google. The update is for the protection of security that is actively exploited by the hackers these days. This exploit is called CVE-2022-3075. Google knows this exploit is dangerous and has immediately increased its security with this latest update in the Browser.

The action was taken by an anonymous tip came in about some incident in August end. Chrome has faced six zero-day security vulnerabilities so far. Much information isn’t released by Google regarding the bug but it has something to do the Insufficient Data Validation. It is a group of runtime libraries by Chromium (code that Google Chrome is built from). 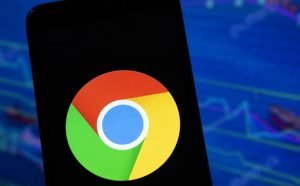 Chrome proclaimed that the information on bug and other links maybe kept restricted until a majority of its users have installed the update. By this, the hackers may not be able to figure out the exploit process anymore as the update shuts down the chances of the vulnerable attack.The update is simple to install.

Users need to restart their Chrome browser to install he update. To check if you’ve installed the latest version, users can click on the three dots on the right most corner of chrome and navigate to “help” and then go to the “about google chrome” tab. It will lead the users to a certain page with all the information about the version of Google Chrome. The users need to look for the version which should be 105.0.5195.102 for all Windows, Linux and Mac operators