The US has built a software tool that will allow them to predict China’s actions on US Activities in regions like military sales , military Activities and actions like US military visits to hotspots like Taiwan. Kathleen Hicks, the Deputy secretary of defense was briefed over the software tool during his visit to United States Indo-Pacific Command in Hawaii.

The tool analyzes strategic friction and taken into consideration the data since early 2020 and evaluate important Activities that had impacted the US-Sino relations. The software will help the defense forces predict whether certain actions taken by US can provoke reactions from Chinese government. 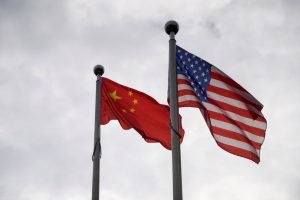 Recently, in October, the Chinese government condemned US and Canada for sending warship through the Taiwan strait saying that US and Canada are hampering peace and security in the region. Such incidents have fueled the development of the software.