Viewership of Twitch Noticeably Dropped After One Protest Day Viewership of Twitch Noticeably Dropped After One Protest Day

On September 1st, Twitch streamers took a day off to draw attention to the ongoing hate raids that have plagued the platform in recent weeks. While some critics dismissed the suggestion, claiming that the walkout participants were insufficiently prominent to cause substantial traffic changes, Twitch did observe a dip in viewership, according to statistics provided by Gamesight, a gaming analytics company. 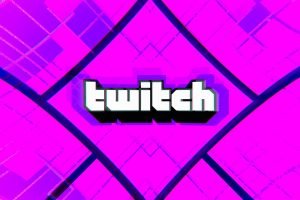 It’s simple to detect the drop when looking at the raw figures. When comparing data from September 1st to the previous Wednesday, that day had about 1 million less hours watched and over 14,000 fewer live channels than the week before. However, there are other causes that could have caused the drop. DrLupo and TimTheTatman, two prominent streamers, have revealed that they are leaving Twitch for YouTube Gaming’s exclusive broadcasting partnerships.

Schools have resumed in the United States, and Gamescom undoubtedly increased last week’s figures. CreatorHype, a streamer data analytics firm, took all of those factors into consideration and still found that Twitch viewership was declining. The hashtag #ADayOff Twitch was one of the top ten popular hashtags for the day, which was impressive given the news cycle, which included Hurricane Ida wreaking havoc on New York, Joe Rogan’s COVID-19 diagnosis, and the abortion debate in Texas. Big-name streamers like Hasan Abi and major news publications like Forbes and USA Today covered the event.