Wifi Name With % Symbol Can Disable Wifi Feature in iPhone

Wifi Name With % Symbol Can Disable Wifi Feature in iPhone

Researchers have found that certain Wi-Fi networks with the percent symbol (%) in their names can disable Wi-Fi on iPhone and other iOS devices. Carl Schou tweeted that if an Apple iPhone comes within range of a network named %secretclub%power, the device won’t be able to use Wi-Fi or any related features, and even after resetting network settings, the bug may continue to render Wi-Fi on the device unusable.

Schou and his not-for-profit group, Secret Club, which reverse-engineers software for research purposes, found that if an Apple iPhone connected to a network with the SSID name %p%s%s%s%s%n it would cause a bug in iOS’ networking stack that would disable its Wi-Fi, and system networking features like AirDrop would become unusable. 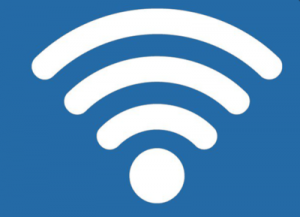 Researchers have reached out to Apple to see if it’s working on a fix and will update if we hear back from them. The bug can likely be avoided by not connecting to Wi-Fi networks with percent symbols in their names.These flaws could lead to serious problems for iPhone users. All it takes to disable the device’s Wi-Fi connectivity is joining an otherwise harmless network that happens to have a specific name.

Resetting network settings was already a fairly esoteric solution to the problem; manually deleting information from a plist is going to be beyond the average person’s capabilities. You may try to reset network settings to deal with the issue but it may not always be enough. To reset the network, go to General> Reset> Reset Network Settings. Apple hasn’t fixed the issue yet, so, stay away from Wi-Fi names with symbols.