Woolly mammoths Could Walk if Gene Editing is Successful Woolly mammoths Could Walk if Gene Editing is Successful

Scientists believe that gene editing tools can resurrect the Woolly mammoths. The company said that thousand years ago, these mammoths were the key to protecting the ecosystem. A startup company that has raised $15 million to fund the project.

The company said that these mammoths were benefactors in preserving the health of the Arctic region before going extinct. The company posted that the conclusion is quite simple that the Woolly mammoths was a natural custodian of a healthier planet. Scientists believe they can bring back the extinct species by combining DNA from Woolly mammoths and Asian elephants. Both the species are 99.6% genetic match using a gene-editing tool, per NPR. 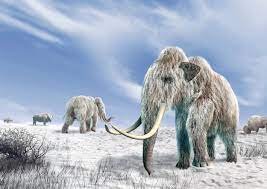 If this plan works accordingly, the team hopes to produce an embryo of the hybrid animal in six years.George Church, Harvard Medical School Biologist, said that launching the company is the biggest milestone” for researchers. It is going to make all the difference in the world. The researchers caught the public’s attention in 2013 when the church discussed the positive impact the species could have during a talk at the National Geographic Society.

The biologist claimed that Woolly mammoths are a panacea for increased carbon dioxide rates in regions where the animals lived. The startup company also added that bringing back the ecosystem will help in reversing the warming of the climate. It could protect the Arctic’s permafrost, known as one of the world’s largest carbon reservoirs.