Zyter, an IoT product vendor, has teamed up with Juganu, a technology company specializing in professional lighting solutions, to integrate advanced lighting technologies into smart cities. IoT platform deconstructs data by integrating and consolidating data from sensors and apps, resulting in large-scale smart city digital twins for buildings, stadiums, campuses, and cities. In addition, it enables cities to gain visibility across a network of linked devices and sensors using analytics. 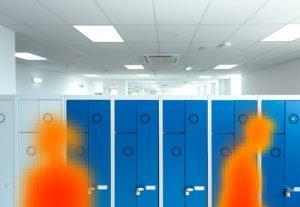 In addition, Comcast and NCR have invested in its latest lighting, which the business claims eliminate the COVID-19 virus. Its platform seeks to unify app development in verticals like health care, education, logistics, retail, travel, and construction across devices. In the long run, Zyter CEO Govil feels there are chances to engage with other businesses working on APIs for physical infrastructures, such as Mapped, to aid standardization and interoperability.

Mapped uses a standard vocabulary to simplify access to physical building assets while maintaining a secure API border. “We feel that Mapped and Zyter are trying to solve similar problems, although in slightly different ways,” Govil said.